by Roberta Isleib aka Lucy Burdette 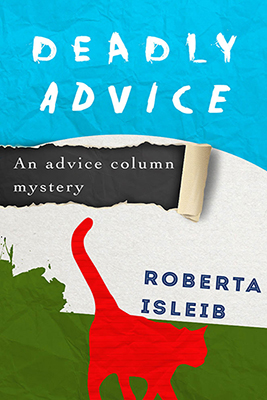 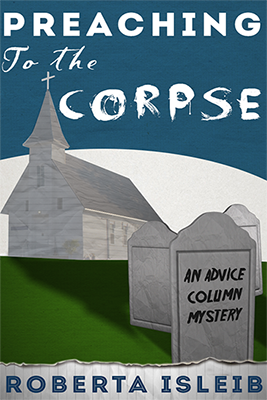 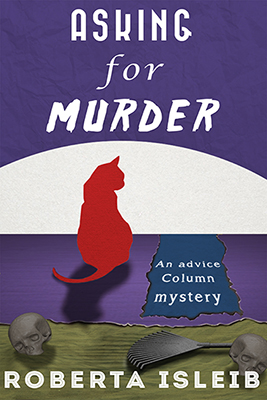 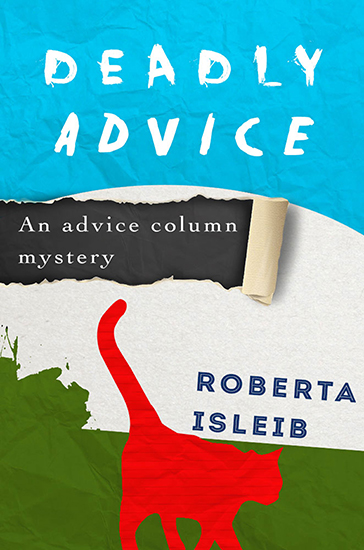 Psychologist Dr. Rebecca Butterman specializes in offering snappy relationship advice to lovelorn readers of Bloom! magazine. She rarely stumbles when solving the troubles of Dazed in Dayton or Anxious in Anchorage. But when her own husband double-crosses her and her next-door neighbor dies under suspicious circumstances, Rebecca is left without answers. While writing a column on the modern singles scene, Rebecca finds herself tracing her neighbor’s steps into a dark dating world she never knew existed. Can she trust her own perceptions, or will she succumb to deadly advice?

Ask Amy meets Private Practice in this smart and twisty mystery! Readers who love psychological suspense from Stephen White and cozy mysteries from Cleo Coyle and Julie Hyzy will love this first in the series with Dr. Rebecca Butterman!

A really plummy mystery, flawlessly plotted, that I especially loved because the heroine is an advice columnist – and a good one!
—Margo Howard, “Dear Margo” 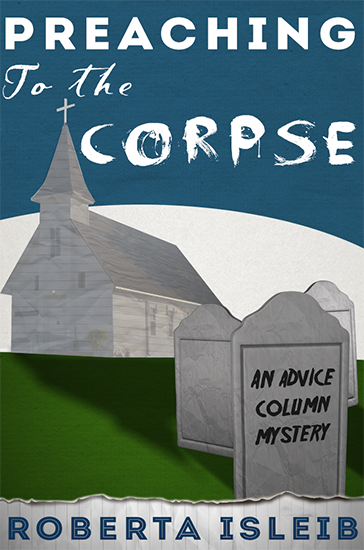 Preaching to the Corpse

In book two of this suspenseful mystery series, it’s Christmas time in picture-postcard perfect Guilford, Connecticut, but someone’s taking the joy out of the season—with murder.

Psychologist and advice columnist Dr. Rebecca Butterman is drawn into a deadly mystery after receiving a midnight plea from the minister at her church. He’s in custody after going to a fellow parishioner’s home and finding her dead. The minister begs Rebecca to fill in for the murdered woman, the leader of a search committee charged with finding a new assistant pastor after the previous assistant left in a rush. Rebecca learns that the committee was divided–has someone tried to eliminate the competition? She puts her analytical skills to work to do her own search—for a killer—all while resisting the urge to break the seventh commandment with a very married detective, and praying she’s not the next victim.

Roberta Isleib has written a fully satisfying mystery. It contains the right amount of suspense and wit to keep the reader intrigued and glued to the pages… a fun and exciting mystery that will take you for a ride.
—Melissa Kammer, Fresh Fiction

I most appreciate the top-notch writing, meticulous plotting and a heroine who is perfectly imperfect teetering between her feminist leanings and the desire for a big lug to take care of her.
—Diana Vickery, Cozy Library

Isleib is also very good at playing fair with the reader; the clues are there if one is astute and pays attention. Preaching to the Corpse is a cozy reader’s delight.
—PJ Coldren, Reviewing the Evidence
Isleib hits her stride with Dr. Butterman in this book… [she] keeps the style and plot firmly in cozy territory while giving the reader a very human and modern sleuth.
—ReviewedbyLiz
Church politics have never seemed so deadly… This would make a good choice for a book club.
—Mary Helen Becker, Mystery News
This book has everything I love about traditional mysteries. Good, tight writing. A strong but far-from-perfect heroine. More secrets than sprinkles on Christmas cookies.
—Sharon Wildwind, Story Circle Book Reviews 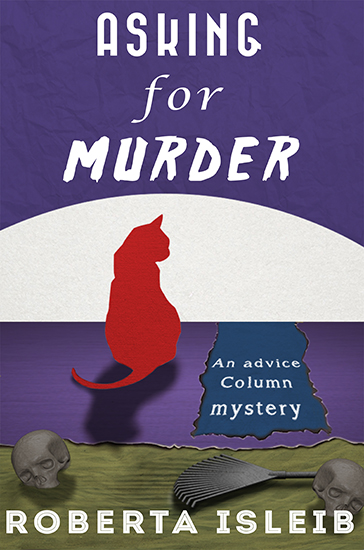 In book three of this suspenseful Advice Column Mystery series, psychologist Rebecca Butterman—“a sleuth whose advice you can trust”—learns that when it comes to murder, everyone can use a little help.

When Dr. Rebecca Butterman’s friend and fellow therapist Annabelle Hart is found beaten and left for dead, Rebecca is determined to find the truth. Although she’s a psychologist and an advice columnist, no one seems to want her help. Not Detective Meigs, who thinks the crime was either a relationship gone sour, or a botched robbery. And not Annabelle’s sister, who makes it clear Rebecca isn’t welcome in family matters.

While tending to Annabelle’s patients as well as her own, sorting out cryptic messages left in a sand tray, and pushing back on the moody detective who doesn’t want an amateur sleuth trying to solve his mystery, Dr. Butterman must use all her psychological skills before the killer strikes again.

Asking for Murder is good escapist reading, a charming and sometimes gritty mystery with an appealing protagonist who sleuths, cooks and psychoanalyzes.
—Marilyn Dahl, Shelf-Awareness
It’s springtime in Connecticut and psychotherapist Dr. Rebecca Butterman’s fancy has turned to hamburgers…and murder, in Asking for Murder, the best entry of this series to date.
—Jennifer Monahan Winberry, The Mystery Reader
…a unique mix of murder mystery and psychological exploration. The characters are believable, likeable, and easy to relate to. The prose flows well and the dialogue is intelligent. I couldn’t put this book down.
—Jennifer Melville, Story Circle Book Reviews